On February 4, 1613, a new door was opened between Porta Carini and Nuova, and it brought the name of the viceroy of Ossuna. It was made of carved stone and adorned towards the outside with paintings that reproduced architectural elements. At the top there was a marble eagle, with outstretched wings, bearing the royal coat of arms on the chest. In 1708 the door was closed for the execution of some restorations and, in this circumstance, it was also improved and embellished.

Door Ossuna was demolished in 1872, only a spur of the wall still remains to testify its precise location. The name of the viceroy of Ossuna remains today to the external road which once connected the door to the district of Zisa, originally called “D’Ingastore” in memory of Francesco Ingastore, judge of the Grand Court and promoter of the restorations in 1708. 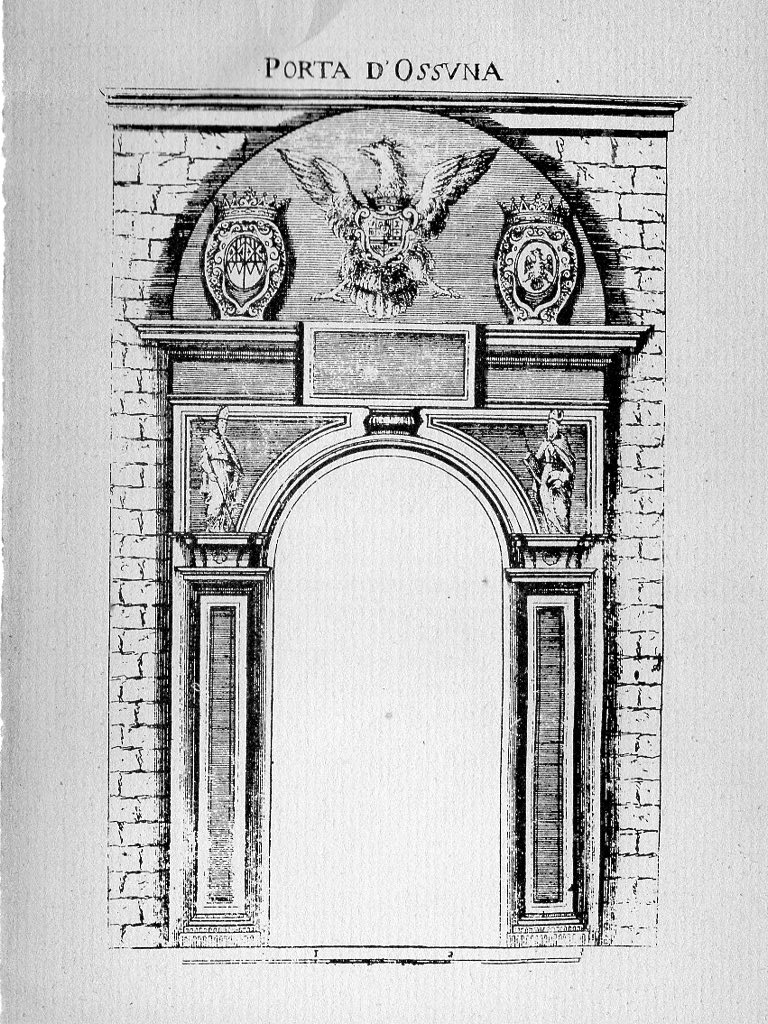