Some writers claim that this ancient door had taken its name, which it still preserves, due to the fact that S. Agata would have left it, in 253, to go to Catania to suffer martyrdom. Unfortunately, this evidently has no fundation since at that time the city did not develop up to that area and, therefore, there could not be a door.

It is more likely that the door has this name because of the proximity of the church Sant’Agata which stands along via del Vespro. In this place, in fact, according to tradition, the Christian  martyr, on leaving the city, would have stopped to tie a shoe, leaving  the footprint on a stone. In that precise point the city piety raised a church called “Sant’Agata de petra” or “Sant’Agata la pedata”, in memory of the event. 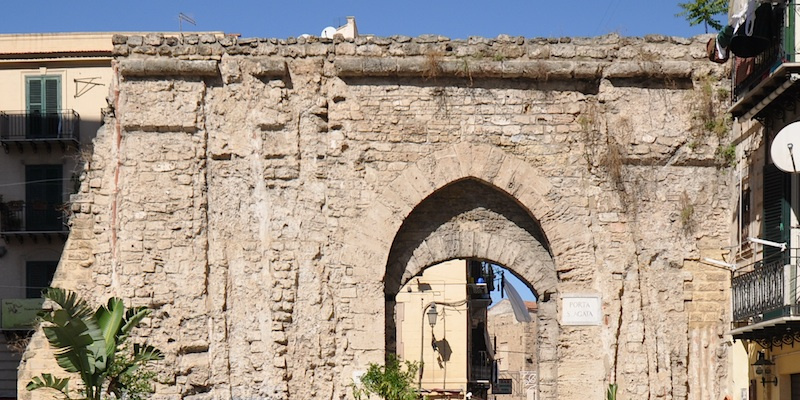 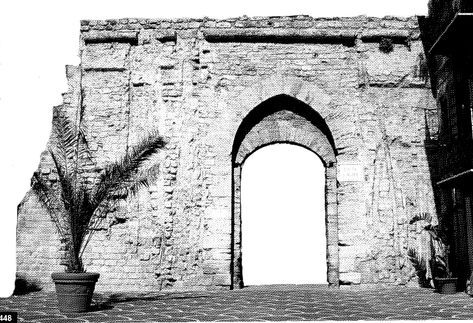 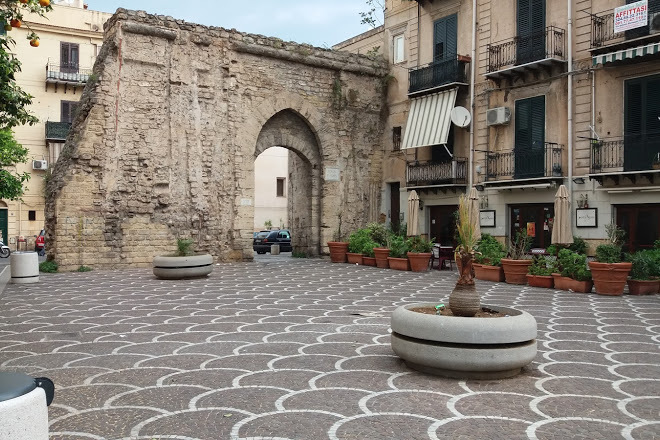 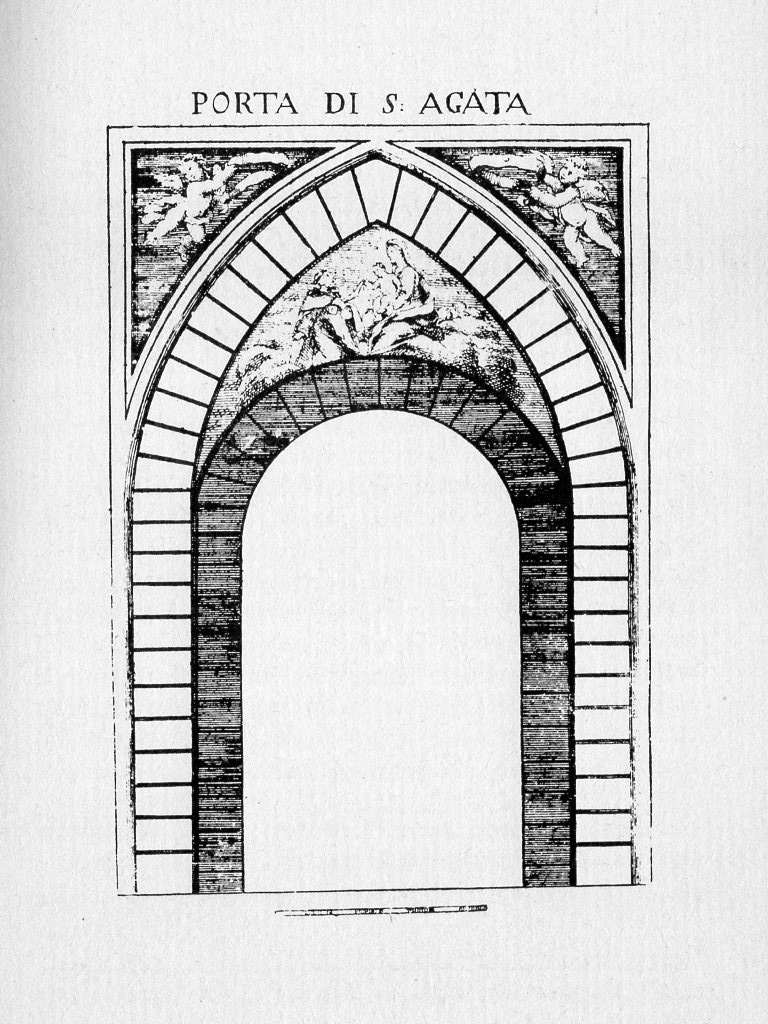